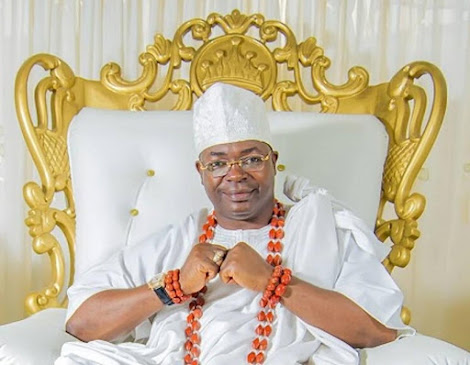 A Lagos-based industrialist, Dr Olusegun Aderemi has described the country’s economic problems as man-made, saying they are the creation of some people in the position of authority.

Aderemi, who is the Atayero of Aramoko Ekiti, also canvassed the enlightenment of youth on the understanding of the difference between value and things that add no value.

This came as Chairman of the Christian Association of Nigeria (CAN) in Ekiti State, Reverend Dr. Emmanuel Aribasoye decried the rising insecurity in Nigeria.

Aribasoye, the President of the conference said, “Nigerians must watch and be vigilant as they pray. They cannot just fold their hands and allow the criminals to continue to kill them on daily basis”.

Aderemi who was awarded “The Icon of Faith” by the conference said, “It is not the act of God that we should have a bad economy, it is man-made and the political class is responsible for this due to their selfish interests and without the interest of the masses at heart.

“This keeps going on and on and at end of the day, the generality of the citizens suffer for their action, until we come to realise this, then we will be having better economy”.

Speaking on the get-rich-quick syndrome and cutting corners to get money among Nigerian youths, he said they want to make money without creating value.

“Any irresponsible person can have money but it does not mean that such a person has value. So we should be able to identify and draw a line between value and those things that are not.

“You create value, once you have value, money will come to you, but what our youths don’t really understand is that they want to have money and they use a lot of money to chase fewer values and society contributes a lot to it”.

He advised the incoming governor of the state, Mr Biodun Oyebanji to make a remarkable difference in his administration by improving agriculture, education, the welfare of the people and other sectors.