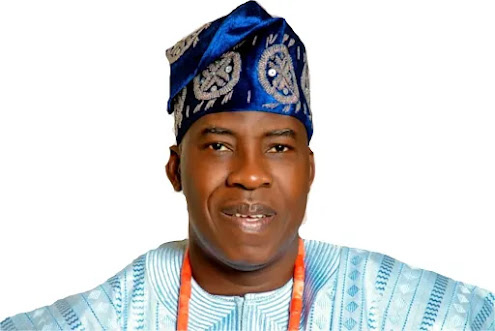 The leadership of the Osun State Chapter of the Peoples Democratic Party (PDP) has maintained that the expulsion of Dotun Babayemi, a gubernatorial aspirant of the party was made in line with the party’s constitution.

This is as the Osun PDP called out Gboyega Famodun, the Osun Chairman of the All Progressives Congress (APC) in the State for its undue interference in its activities.

The party also stated that the decision of the ward executives in expelling Babayemi was justified by the defence of Babayemi by the Osun APC.

The party in a statement issued by the Chairman of the State Caretaker Committee, Adekunle Akindele on Sunday expressed shock at the spirited defence of Babayemi by the APC.

The party maintained that the reaction of the Osun APC strongly confirmed all the reports of nocturnal romance between the former gubernatorial aspirant and the APC before, during and after the State gubernatorial elections.

The statement, which was signed by Oladele Bamiji, Osun PDP Director Of Media, noted that, “The detailed response from the APC querying the PDP for effecting disciplinary action against an erring member was so caustic that it indicated that the expulsion has disrupted APC’s evil plan which was to use the expelled member to destabilise the PDP and truncate the People’s mandate conferred on Senator Ademola Adeleke at the July 16th polls.

“What could warrant such an angry defence of Prince Babayemi by a defeated political party with deeply fractured structure if not that a mole they have been working with all along has finally been expelled from the PDP!

“We at this point thank the APC Chairman for providing the much needed back up for one of the reasons the party ward leadership sent Babayemi packing from the party for anti-party activities. We would therefore not join issue further with the APC as the PDP has no apologies for sanitizing its fold and for fumigating its structure. We commend the ward leadership for taking the bull by the horn to get rid of rodent mole who has become a threat not just to cohesion in the party but to the great people of Osun State.”

On the expulsion and the processes leading to it, the party chairman noted that, “the speech and associated documents provided by the ward leadership have been reviewed and they were found to be in compliance with rules and relevant sections of the party constitution.

“The party received petition against Babayemi and on July 12th, conveyed an emergency meeting following which a disciplinary committee duly served a letter of invitation to the erring member to respond between 13th to 19th of July . The committee thereafter came up with its findings.

“The committee found Prince Dotun Babayemi as having engaged in serious anti-party activities to the detriment of the party, and has breached the provisions of sections 58(1) (a),( b), (d), (e) (g), (h) (i), (k) and (l) of the constitution of PDP. To avoid further damning damages , the disciplinary committee had recommended that Prince Dotun Babayemi be removed as a member of the PDP.

“The party at the State level fully supports the observance of due process in the handling of the disciplinary matter and therefore endorses the expulsion of Babayemi from the party.”

While warning against any further anti-party activity by any member of the party, Osun PDP warned that enforcement of disciplinary action would be a continuous process.