PDP crisis: Devil resides in your heart – Dino Melaye fires back at Fani-Kayode 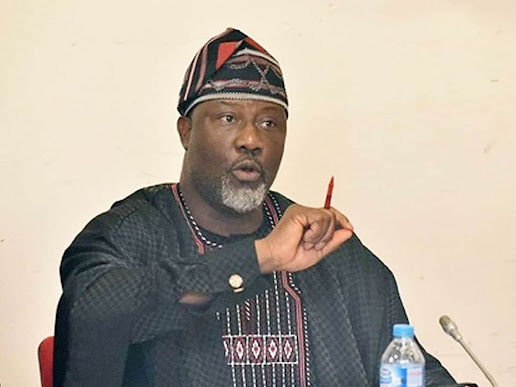 Former Kogi West Senator, Dino Melaye, has berated ex-Minister of Aviation, Femi Fani-Kayode, over his latest comment against him.

Melaye had claimed that all governors under the Peoples Democratic Party, PDP, spent money on ensuring that Iyorchia Ayu emerged as the party’s National Chairman.

Reacting, Fani-Kayode knocked Melaye for making such a comment.

He urged security operatives to arrest and prosecute Ayu and the PDP presidential candidate, Atiku Abubakar.

Reacting, Melaye said Fani-Kayode’s mind was not in sync with the world’s reality.

Melaye said Fani-Kayode’s comment lacked comprehension, stressing that it was “a voyage in meddlesomeness and idleness.”

A statement Melaye signed reads partly: “My attention has just been called to a statement issued by Femi Fani-Kayode, which as usual, was an incoherent gibberish produced from his temporary relief from insanity.

“How can one explain his momentary consciousness to react to an interview long granted, if not that his world of reality is not in sync with the world of sound minds.

“Truly, an idle hand and heart like that of FFK is the devil’s residence. Ordinarily, his rambling would have been ignored, but in this age of unrestricted access to the media even by unwholesome minds, care must be taken to put issues in the right context and perspective.”