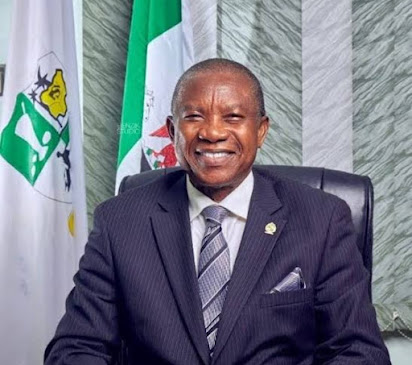 A chieftain of the Peoples Democratic Party, PDP, Dr. Sam Ohuabunwa, on Tuesday suggested that Governor Nyesom Wike recently invited some chieftains of the All Progressives Congress, APC, and other political party leaders to Rivers State because he wanted to promote the opposition party.

Ohuabunwa said that Wike’s decision to bring the politicians to Rivers is a way of sanctioning and endorsing the kind of polity and performance he is saying.

He disclosed this on Channels Television’s breakfast show, Sunrise Daily.

Ohuabunwa spoke against the backdrop of Wike’s face-off with PDP’s presidential candidate, Atiku Abubakar, over the choice of the party’s running mate.

Ever since Wike’s defeat in the PDP presidential primaries by Atiku, the Rivers State Governor has been in a romance with some candidates of different political parties.

The latest of such meetings was between the Governor and the presidential candidate of the Labour Party, Peter Obi.

The Governor had met with some chieftains of the APC believed to be “men” of the party’s presidential candidate, Bola Tinubu.

Against the backdrop of these actions, some Nigerians believe Wike may dump the PDP.

However, Ohuabunwa believes it is ‘unlikely’ Wike will leave the PDP, describing him as a staunch ambassador of the party.

“It is not as much as what he gets, is as much as understanding the circumstance that is for me is the empathy that you should understand why he [Wike] is crying,” Ohuabunwa said.

“When you are sure you understand why he is crying and when you have that you can outweigh it, he [Wike] will calm down, and for leaving the party, I believe that is unlikely.

“And for inviting people to the state, for me, he is promoting PDP because all the governors he is calling to the state.

“He is a very staunch PDP ambassador. So for me is a way of advertising our party, and I believe that those APC and other party leaders that are going there [Rivers State] is a way of sanctioning and endorsing the kind of polity and leaders and performance some of them that PDP, Wike is saying.

“It is a question board in that regard. So it is positive if you look at it from this my point of view.”