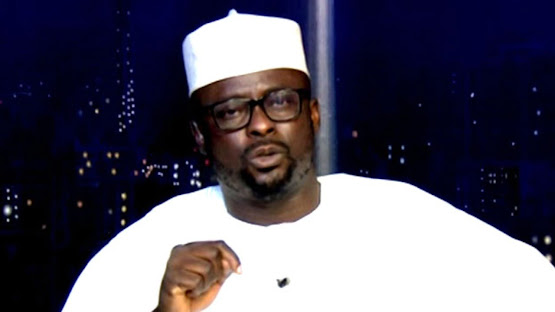 The Peoples Democratic Party, PDP, head of New Media Anthony Ehilebo has appealed to Governor Nyesom Wike of Rivers State and other aggrieved members of the party to embrace peace.

Ehilebo who was appointed as a member of the PDP campaign council a few days ago, made the appeal while speaking in Abuja on Friday.

Reacting to the crisis rocking the party owing to the calls for the resignation of the PDP National Chairman, Iyorchia Ayu, Ehilebo told the aggrieved members particularly Governor Wike’s loyalists not to hurt the party while expressing their grievances, saying “you cannot be aggrieved to bite your nose to spite your face”.

Recall that Wike had declared that he would work against the party’s presidential candidate, Atiku Abubakar if his demands including the resignation of Ayu are not met.

Saga Gist reports that the lingering crisis began after the former vice president clinched the presidential ticket of the main opposition party earlier in the year.

Wike and his party loyalists were angered when his hope of emerging the party’s vice presidential candidate was also dashed as Atiku picked the Delta State Governor, Ifeanyi Okowa as his running mate.

Governor Wike had demanded the removal of Ayu as one of the conditions to work with the party but the party Chairman insisted on completing his tenure.

Ehilebo told our correspondent that the most important thing stakeholders of the party should be concerned with is how to win the forthcoming elections not the removal of Ayu.

“These are unknown factors. Why don’t you work with the party?

“We don’t have a dog in the party. The only person we have is the candidate and we want our candidate to win.

“Ayu is not a dog in the fight. If he has started as the party chairman and produced a candidate, let him deliver the candidate. It’s as simple as that.

“We agitated for the removal of Secondus. We cannot agitate again. We don’t change chairman like that”.