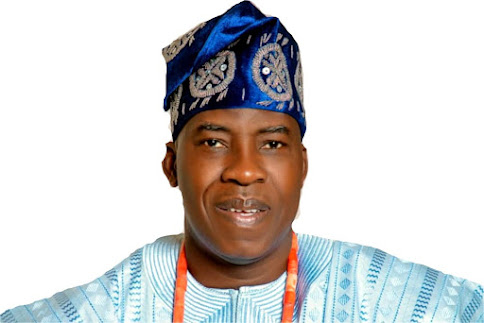 The Osun Progressives (TOP), a group within the All Progressives Congress (APC) in Osun has challenged Dotun Babayemi, the expelled Peoples Democratic Party (PDP) chieftain to come up with evidence to prove his allegations that the group was working with PDP at the detriment of his request.

TOP also noted that Babayemi’s vituperations were a mark of extreme frustration of a politician with a bleak political future.

The group which made the challenge in a statement signed by Lowo Adeniyi, its Chairman, said the claims by the expelled PDP chieftain that there is an alliance between TOP and the Osun PDP was a figment of his imagination.

TOP in the statement also noted that his sacking from the PDP was due to the fact that he chose to play the spoiler’s role in PDP.

While acknowledging that Babayemi was entitled to his scheme to highjack power, TOP urged him not to drag the group into his alleged self-inflicted disaster.

According to the statement, “It has been brought to the notice of The Osun Progressives (TOP), some irrational talks by embattled Dotun Babayemi, who has just been expelled by the Peoples Democratic Party (PDP). Babayemi was said to have, in the figment of his imagination, claimed that we (TOP) are in alliance with PDP and indeed the Governor-elect, Senator Ademola Adeleke.

“The rattled PDP governorship aspirant, Dotun Babayemi made some more odious allegation against us and our Patron, Ogbeni Rauf Aregbesola which we consider a way to justify the political masterstroke expulsion he was served by his party.

“Babayemi may be a “wanna-be” politician, an opportunist kind who wanted the highest office at his first political attempt in his new party. But he is not foolish not to know that his expulsion may have brought an abrupt end to his political career which has not even started.

“May we at The Osun Progressives note that only a political neophyte will not know why Babayemi chose to play the spoiler’s role in PDP till he was kicked out, so he might not wreck the ship which has taken them 12 years to build.

“The ‘guy man’ had intended to play games with Governor-elect Ademola Adeleke’s mandate so that he may inherit the “West Lokan” struggle as an addition to the lucre that Governor Gboyega Oyetola’s camp has allegedly offered him.

“While we are focused on the redemption of our party, APC, which has been on consistent degeneration and we were meted with the worst forms of inhuman treatments by his selfish types in APC who have had a vice grip of the soul of our party in the last few years, yet, we remain committed to our party’s ideals. TOP leaders and members are not selfish lucre influenced, politicians. We are strong-willed, focused, patriotic and true to the reorganisation of APC which contradicts the lie in Babayemi’s submissions.

“We challenge him to come up with evidence to prove his spurious allegations that we are working with PDP to the detriment of his selfish request. He will save his doubtful integrity if he is able to name one candidate of PDP who belongs to our tendency – TOP. He should tell the world the day, time and venue where TOP held meetings or meetings with PDP, either that he attended or have a representative.”

TOP maintained that it has taken a middle ground position in Osun APC affairs rather than jumping ship.

Dotun Babayemi, a PDP chieftain and gubernatorial aspirant was expelled from the party on Friday by Ward executives in Otun Balogun Ward 2, Ayedaade local government area.

The state executives of the party also on Sunday endorsed the expulsion.

Babayemi, however, has condemned the expulsion describing it as a ruse.