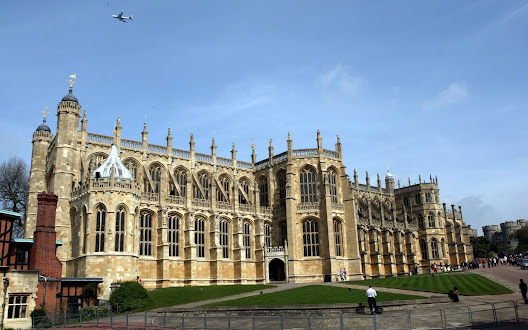 Queen Elizabeth has been buried at Windsor Castle after her funeral procession went through the streets of London with huge crowds lining the route.

Windsor, where the Queen broadcast to the nation in wartime and spent so much of her time throughout her life, is her final resting place.

The Queen’s coffin was followed by King Charles, the Prince of Wales, the Duke of Sussex, the Duke of York, and Princess Royal during its procession to Wellington Arch.

The route is a three-mile (4.82km), tree-lined avenue leading from Snow Hill – where Henry VIII is said to have awaited news of the execution of his second wife, Anne Boleyn – through Windsor Great Park towards the castle itself.

The route was lined by the armed forces from Westminster Abbey to the top of Constitution Hill at the Commonwealth memorial gates.

Windsor Castle is a royal residence at Windsor in the English county of Berkshire.

It is strongly associated with the English and succeeding British Royal Family, and embodies almost a millennium of architectural history, NAN reports.