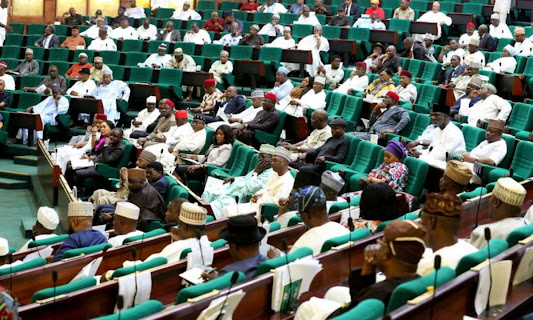 The House of Representatives has resolved to investigate the legal status of the Chinese national, Geng Quanrong, who allegedly stabbed his long-time girlfriend, Ummukulsum Buhari, to death.

The House mandated its committees on Interior and Justice to investigate the status of Ms Buhari and directed the suspension of the operation of the firm the man works with.

This resolution was sequel to a motion of urgent public importance moved by Kabiru Rurun (APC, Kano) on Wednesday.

The members of the committees are to also visit the family of the deceased to convey the condolence of the House.

Further, the House directed the Chinese Ambassador to Nigeria and the Chinese community in Kano State to condole with the government and people of Kano State and Nigeria.

DAILY POST had reported that Mr Geng allegedly broke into the house of Ms Buhari and stabbed her.

Mr Geng is currently remanded at Kurmawa Medium Security custodian Facility following the order of a Magistrate Court in Kano.

In addition, the Chinese Business Community Association of Nigeria had also issued a statement supporting the prosecution of Mr Geng.

Mike Zhang, the leader of the community, in a statement on Monday, condemned the criminal act.

In the motion at plenary, Mr Rurun disclosed that Ms Buhari was a corps member undergoing the mandatory National Youth Service Corps in Sokoto before she was murdered.

Mr Rurun said despite the evidence that the murder was a pre-meditated action, five days after, the police was “yet to come out with a preliminary report on their investigation.”

Speaking in support of the motion, Uzoma Abonta (PDP, Abia), said the Nigerian government can not allow foreigners to subject Nigerians to such treatment.