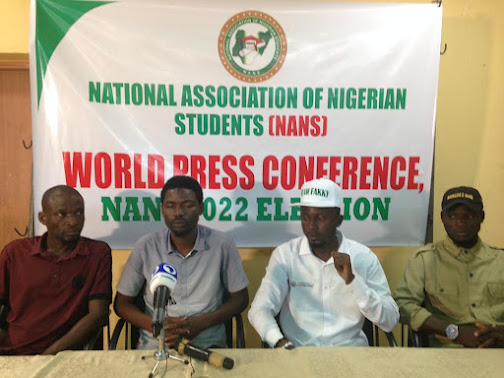 A factional President of National Association of Nigerian Students (NANS) Umar Faruk Lawal has said that it is disheartening to see university students sitting at home for over 6 months.

Lawal made this disclosure via a statement on Saturday evening.

Our correspondent gathered that NANS election was held at two separate locations in Abuja on Saturday.

The two factional presidents according to reports are Umar Faruk Lawal and Usman Umar.

Speaking after his emergence, Lawal disclosed that it is disheartening that students had remained at home for six months as a result of the strike embarked upon by members of the Academic Staff Union of Universities (ASUU).

Lawal, however, said that NANS under his leadership was ready to be the genuine voice of the students in this negotiation to end ASUU strike.

He added that NANS under his watch will soon be meeting ASUU towards ending the 7-month strike by university lecturers.

The NANS factional president also promised that the association will no longer indulge in partisan politics.

“It is disheartening to see university students at home for the past 6 months.

“The fact that the leadership of ASUU and the Federal government have held a series of meetings without a fruitful outcome is heartbreaking.

“NANS, under my leadership, is ready to be the genuine voice of the students in this negotiation as we demand an immediate end to the prolonged industrial actions.

“Failure to have resolution within the shortest period available will be faced with decisive action from Nigerian students.

“We acknowledge the fact that our dear nation is presently passing through a tough time, and we are ready to be partners in progress, as we shall work together with other relevant authorities to bring normalcy back to the system.

“However, we recognise the fact that security should be our collective effort.

“My leadership is ready to partner with the Federal Government and security agencies to brainstorm and proffer workable templates for the security of lives and properties in our beloved nation.”