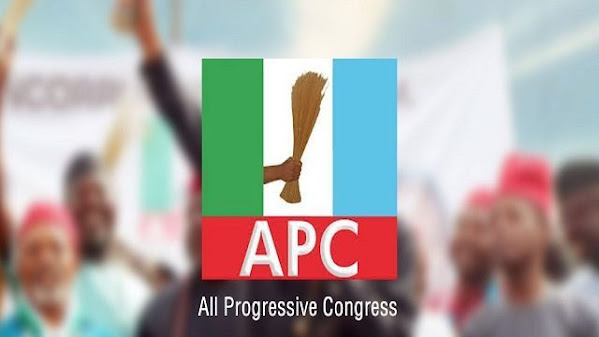 The Osun Progressives (TOP), a group within the Osun All Progressives Congress (APC) has described the press release by Gboyega Famodun, the party Chairman as one which contains assumptions and imagination of a troubled mind.

TOP also noted that the press release portrayed an individual who is struggling to continue to be relevant after they led the APC to ruin within a space of three years.

Saga Gist had reported earlier that the Osun APC chairman had on Saturday in a statement signed by Kola Olabisi, his media adviser, described the allegations of the Osun Peoples Democratic Party (PDP) as spurious and laughable.

The statement also called on members of the public to be wary of fallacious stories from the State chairman of the PDP as he does not have a stake in the State.

Famodun also alleged that the opposition Peoples Democratic Party (PDP) and the TOP were planning to plunge the State into a large-scale mayhem which may shake the State in particular and the nation in general.

The APC said the opposition PDP had acquired guns to cause mayhem in the State.

In a statement signed by Lowo Adeniyi, the TOP chairman, the group noted that the Osun APC chairman and his cohorts were afraid and were trying to blackmail genuine APC members in an attempt to divert attention from the questions of his competency as a party Chairman.

“We wondered if Famodun is the Chief Security Officer of the State or the one superintending over any of the security agencies in the State to whom security reports are statutorily submitted.

“It makes us to be afraid of what could have been happening to our State if Famodun has suddenly become the one to issue security alerts to the citizens of Osun, or he is only foretelling what himself and his gang are out to do and rope some other people into it when their heinous crime is eventually committed.

“If there is any information or probable security disorder, the best Famodun could do is to report to security agencies for investigation, but Famodun has decided to overtake investigation and assumed the Chief Security Officer role.”

Adeniyi condemned Famodun’s effort to rope the group in its security alert which it described as fake and vainly issued.

“The Osun Progressives believe that no evil carried out by a man against another man shall go unpunished, and we know of a fact that God says he will avenge such a situation through generations. The case with Famodun and his cohorts can never be different.

“We note with a sense of responsibility that Famodun and his ilk sent guns and other dangerous weapons-wielding hoodlums after us 15 times across the nook and crannies of the State at the apogee of struggles to make our party re-energised and restructured. We didn’t plan to burn down the State,” he alleged.