Simon up for Nantes Player of the Month award 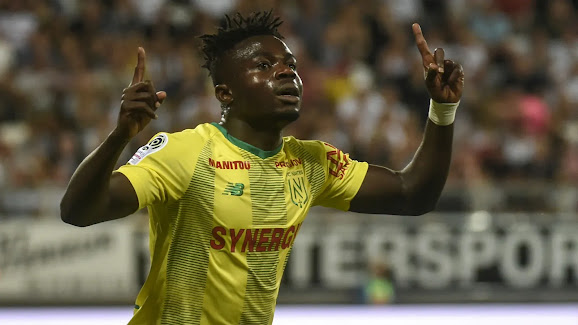 Nigerian winger, Moses Simon has been nominated for Nantes’ Player of the month for August.

Simon scored two goals and recorded two assists in four appearances for the Canaries in August.

The 27-year-old is currently sidelined after sustaining an injury in Nantes’ 3-1 win against Toulouse late last Sunday.

The pacy winger scored once and bagged an assist in the win at the Stade de la Beaujoire.

Nantes manager Antoine Kombouare confirmed on Friday that Simon will be out for two weeks.

He played a key role as the club won the Coupe de France last season.

The Levante player was widely tipped to leave Nantes this summer but his suitors failed to match Nantes’ valuation.