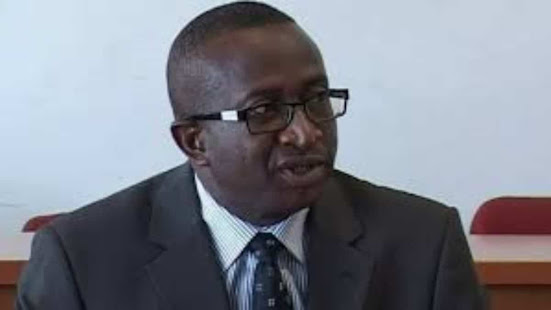 Former Senate Majority Leader in the 7th Senate, Victor Ndoma-Egba, has expressed fear over the unregulated activities of various social media platforms in the country.

He expressed this fear when the leadership of the NUJ, Cross River State Council, paid a courtesy call on him Tuesday in his residence in Calabar.

He noted that social media may pose a big challenge in the country in time to come if left unregulated.

He spoke on the ills that certain people have used to perpetrate, and also listed the arrays of advantage.

“But it is important that social media should not be left unchecked by the authorities, so that it does not pose a serious challenge to the country later.

“Changes in the practice are fast becoming something else with modern gadgets, you must also reestablish yourself to continue to be relevant in the profession”, he said.

Congratulating the new executive of the NUJ in Cross River led by Comrade Gill Nsa, Ndoma-Egba admonished them to brace up for the task of effecting positive changes in the affairs of state chapter of the Union as well as impacting individual members to positively contribute to the society.

He promised to re-establish his relationship with the union as a Patron and advised the members to equip themselves in order to meet up with modern trends in the profession.

Earlier, Nsa had expressed the readiness of the council to re-establish contact with its patrons and also enhance welfare of its members.

He assured that individual members are to benefit from regular retraining exercises, including greater attention to welfare packages.