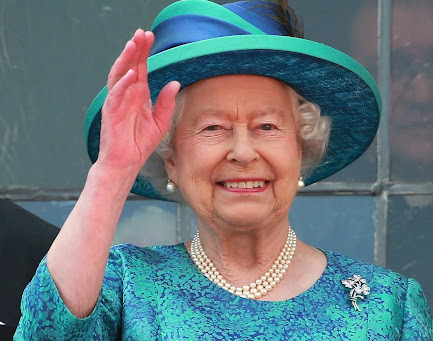 Bola Tinubu, the All Progressives Congress presidential candidate, says the late Queen Elizabeth II of the United Kingdom will be remembered for her dedication and a deep sense of duty.

Tinubu said this in a statement on Thursday night in Abuja, adding that the late Queen was the United Kingdom’s greatest monarch.

The former Lagos State governor said by her death; the world had lost a revered icon.

“With the sad passing of Queen Elizabeth II, the United Kingdom has lost one of its greatest ever monarchs and the world has lost a much cherished, revered and admired Icon,” he said.

Tinubu noted that her energy, dedication, deep sense of duty, and firm belief in the glory of the United Kingdom were the lasting legacies for which she would always be remembered.

This, Tinubu said, was particularly in the most troubling and troubled times of her long and distinguished reign.

Tinubu said that as the first British monarch to reach seven decades on the throne, her patriotic role birthed and sustained a warm and enduring friendship between the UK and Nigeria.

According to him, the Queen’s visits to Nigeria were always beautiful occasions.

Tinubu said that the respect and esteem with which she was always held by Nigerians helped maintain the strong bond of friendship between the two countries.

“My family’s thoughts and prayers are with the new King, Charles III, the entire Royal Family, and all Commonwealth Nations at this time of mourning and sadness.

“May she rest in eternal peace,” he said.

Saga Gist reports that the monarch’s death was announced by the Royal Family on Thursday.

Queen Elizabeth II passed away peacefully at the age of 96 at Balmoral Castle.

Her eldest son, Charles, 73, succeeds the Queen as king with immediate effect.