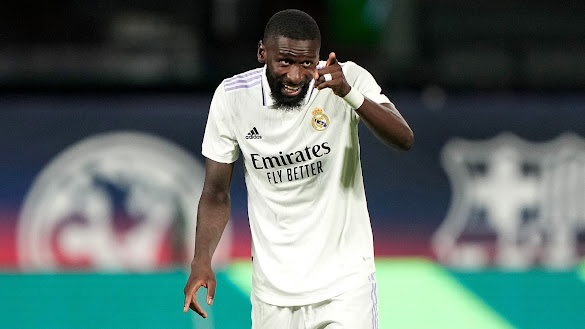 An intermediary for Antonio Rudiger has revealed that the German defender wanted to stay at Chelsea and become the club’s captain.

But he added that the Blues made little effort to keep the Germany international at the club.

Saif Rubie, who was involved in the deal to take Rudiger to LaLiga giants Real Madrid after his Chelsea contract expired, revealed this to talkSPORT.

Rubie said: “What if I told you Chelsea, and the old regime, basically made next to no effort to keep the player,” he said.

“At the time he was very happy to stay and potentially be the captain of the club. He was offered a contract that was half the amount Romelu Lukaku was earning,” he added.