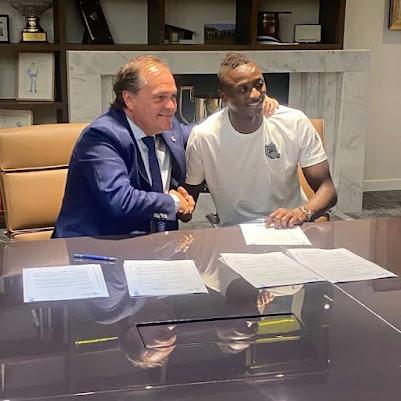 Sadiq penned a six-year contract with the White and Blues.

The lanky forward will wear jersey number 25 at his new club.

Sociedad paid €20m plus €6m add-ons to acquire the services of the striker.

The 25-year-old joined Almeria in 2020 and scored 41 goals for the Rojiblancos.

He also enjoyed a prolific spell with his previous club, Partizan Belgrade of Serbia, where he scored 23 goals in 52 appearances.