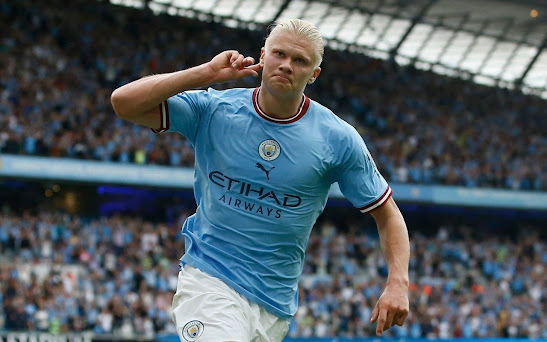 Manchester City striker, Erling Haaland has boasted that his former Borussia Dortmund coach and team-mates could not stop him from scoring against them.

The Norway international continued his stunning start to life at the Etihad, with an 84th minute winner against Dortmund in the Champions League on Wednesday night.

Haaland, who moved from the German club to City in July for £51million, scored an incredible flying volley to help the Premier League champions clinch all three points.

After BT Sport journalist Des Kelly asked Haaland to speak about Dortmund defenders denying him space and said “they clearly know how to stop you”, he responded: “They didn’t stop me, I scored!

“But yeah, they played well, they were good. I was quite sure I was going to be followed the whole game because Edin (Dortmund boss Terzic) knows me very well.

“Dortmund were really good today but in the end, three points is what matters.”