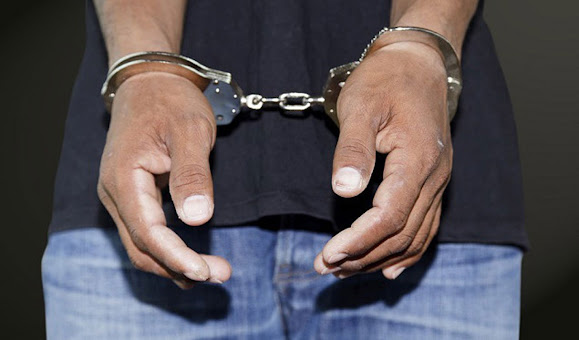 Operatives of Abagana community vigilante in Njikoka Local Government Area of Anambra State have arrested an alleged notorious armed robber terrorizing members of the community and its environs.

The man, whose only identity was given as Eke Nimo, was apprehended over the weekend by the vigilante operatives.

He was said to hail from the neighbouring Nimo community in the same local government.

In a now-viral video on social media, operatives of vigilante services stated that the man who is notorious for snatching motorcycles had been on their wanted list.

“He ran to the home of his lover, this is the woman, and she haboured him and has been feeding him and his gang. We traced him and found him,” the operative narrated in the video while showing the picture of the alleged lover.

According to the narration from the vigilante operative, Eke Nimo, upon confrontation with the operatives, escaped through the roof of the building.

The operative said he was shot at, but because of the charms he had in his body, he was not harmed, but the operatives continued to pursue him until he was tracked down.

Items recovered from the alleged robber were his charms, which came in the form of beads and jewellery, and three motorcycles, suspected to have been snatched from unsuspecting owners.

Attempts to reach the spokesperson of the Anambra State Police Command, DSP Toochukwu Ikenga, for confirmation were not fruitful.