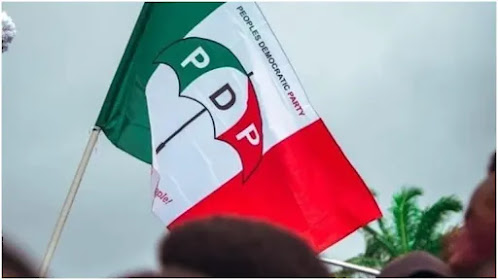 Some members of the Peoples Democratic Party(PDP) in Zamfara State have reacted to the internal crisis ravaging the party both at the national and state levels.

A member of the party, Ahmad Magaji told newsmen in Gusau after the Federal High court nullified PDP primary election that brought in Dauda Lawal Dare as its governorship candidate that from all indications, the party will be going into the 2023 contest unprepared.

Magaji said the lingering internal crisis in the party in the state was becoming uncontrollable, saying that the situation has been so terrible, from one crisis to the other.

Another member, Ibrahim Abubakar also lamented that the cracks on the walls of the party have paralysed PDP, stressing that in Zamfara State, the party is divided and there is no secret that the party is having serious political problems.

“Again, the former deputy chairman of the party in the State, professor Kabiru Jabaka dumped the party with his supporters and defected to the New Nigeria Peoples Party(NNPP), alleging that there was no justice in the party”

Abubakar noted that there are so many internal crises and impasses ravaging the party in the State, stressing that the national secretariat of the party that is supposed to have settled the problems is having its multifaceted problems also.

According to him, most of the members of the party are gradually defecting to the All Progressive Congress (APC) and other peaceful political parties.