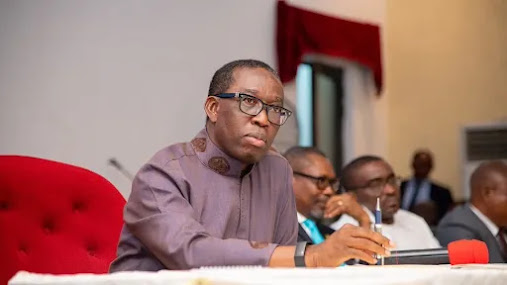 Okowa urged the Federal Government to de-silt Rivers Niger and Benue to deepen their depths to be able to retain a high volume of flood.

He said proactive steps must be taken towards stopping perennial flooding each time neighbouring countries opened their dams.

Okowa commiserated with families that lost relatives and property to the flood, confirmed that state government had established 11 holding camps.

“Five deaths were recorded, not inside the camps but across the state. We have 11 camps, some of them are in schools and others are in high places.”

The governor stressed that climate change had become very impactful globally and is affecting a lot of issues.

“The sea levels are rising and so is the water level. Another issue is the dam in Cameroon, it always causes a major overflow in our river.

“From the preliminary information I have, what could be done is to build our own holding dams here in Nigeria and a regular de-silting of our rivers.”

Okowa said the responsibility fell on the Federal Government because of the type of dam that will be built across the river.

The governor added that doctors and nurses were present in the camps to provide healthcare; some pregnant women have been delivered.