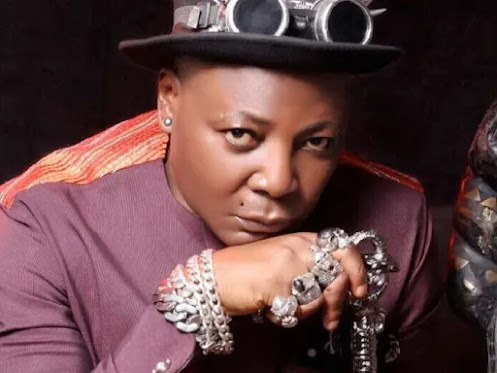 Ahead of the forthcoming 2023 presidential election, veteran Nigerian entertainer and activist, Charles Chukwuemeka Oputa, popularly known as Charly Boy or Area Fada, has identified hunger and stomach infrastructure as reasons some youths are backing old politicians.

Charly Boy, who described the 2023 election as a chance to actualize the ‘Dream Nigeria’, explained that for the country to survive the multifaceted challenges confronting it, the people must look for a new leader with human sympathy, integrity, track record, who has come to govern and not just to win an election.

Speaking during an interview with DAILY POST, the entertainer disclosed that his support for the presidential candidate of Labour Party, LP, Mr. Peter Obi was borne out of his commitment to help in securing the future of youths in the country.

He also noted that this was the first time he would be supporting a candidate.

“I have never supported any candidate since my journey as an activist. This is the first time I am supporting a candidate because that’s where you can find the majority of the youth. So anything to help them reclaim their future, I am all down for it.

“The salvation of this country lies in the hands of exceptional people like the young ones and somehow I’m beginning to see a re-awakening. So I’m happy that there’s this reawakening and they are taking charge of their future and as a father, I can’t just wait for the dream of the young Nigerians to come through.

“We are not looking for an angel but a servant in the form of a leader”, he said.

While urging Nigerians, especially the youth not to miss the opportunity that would be provided next year to vote the right leaders, he warned that failure to vote wisely, “people might end up wishing President Muhammadu Buhari was still in power.”