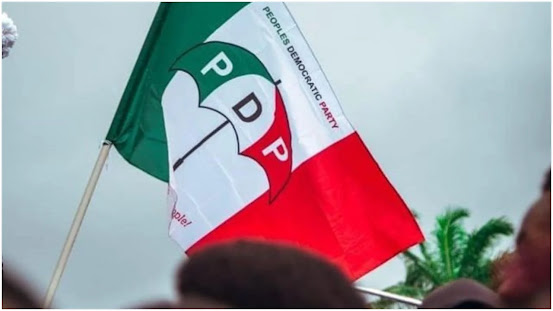 This is coming barely a week after the Appeal Court sitting in Ibadan affirmed the candidacy of Adebutu and other candidates of the PDP.

Saga Gist reports that Bamgbose, Seriki and others in their camp had on September 27 secured a judgment at the Abeokuta Federal High Court, nullifying the primary elections of the PDP in Ogun.

But, the appeal court, on November 28, set aside the judgment, thereby confirming Adebutu and others as the authentic candidates of the party for the 2023 elections.

In a statement titled, ‘The Time For Purposeful Unification Of Ogun PDP Is Now’, Seriki said there were multiple infractions in the polity of the Ogun State PDP as credible justifications for disagreements culminating into recent litigations.”

However, he posited that with the approaching February 2023 general election and after the recent Appeal court judgements, “any litigation into next year, no matter the desirable justifications, would put our teeming supporters undeservedly at avoidable disadvantages too enormous to be worthy of whatever logic adduced.”

He disclosed that an interactive meeting of party elders, exco members and candidates’ that emerged under the Samson Bamgbose-led state exco was held on December 5 “where the above position of unification for electoral victory was discussed and resolved to enable the emergence of the widely sort after change into a PDP government by the good people of Ogun state.”

He said: “Consequently, we hereby decide to discontinue all litigations in which my people and I are involved forthwith. We shall therefore recognise all PDP candidates as declared by NWC of our great party and work assiduously for their victory.

“Therefore, the constructive engagement with the Ogun state PDP gubernatorial candidate, Hon(Dr) Oladipupo Adebutu, which through some emissaries; he also had been desirous of, has thereafter been promptly initiated.

“Our decision is sincerely aimed at ensuring that PDP as a close-knitted political family that we are, should win this war to liberate the good people of Ogun state from current avoidable public administration adversity into enhanced socioeconomic emancipation and progressive governance.

“We seek not to be part of anything that would ever make Ogun PDP loose again, as it is in victory therein lies benefits for all and sundry.”

Meanwhile PDP House of Representatives candidate in Abeokuta South Federal Constituency, Toyin Amuzu has applauded Segun Seriki and other members of the Bamgbose group for embracing peace and doing away with litigations or any obstacle that could jeopardize the chances of winning the 2023 elections by the PDP in the State.

According to Amuzu, the Bamgbose group had taken the right decision to allow peace for the benefit of the people, saying “it is now clear that Ogun PDP is one and ready to send the ruling party away having failed to impact positively on the lives of the people.”

He enjoined other members of the party to embrace peace and work with the PDP rescue team who are ready to improve the lives of the people and enhance the development of various communities.