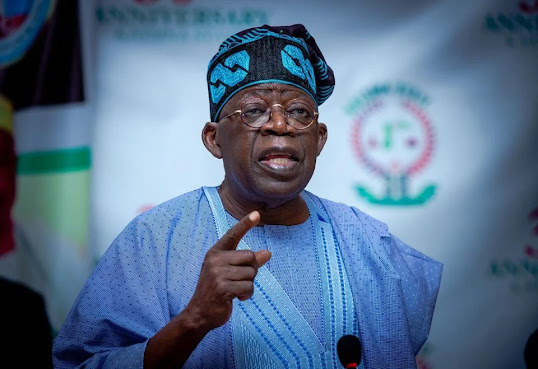 The presidential candidate of the All Progressives Congress (APC), Asiwaju Ahmed Bola Tinubu has assured that if voted into power in the 2023 presidential election, he would battle insurgency and unemployment.

This was disclosed during a mega rally in Kaduna State which attracted thousands of APC supporters from the northwest zone of the country.

Tinubu further stated that job opportunities would be provided for the teeming youths across the country, saying that he will revitalize agriculture for food security.

“With these, Nigerians will be relaxed as there will be food sufficiency in the country”, he added.

While addressing supporters drawn from the North-West zone, Tinubu said he was not happy over the insecurity in Kaduna State in particular and Nigeria in general.

He also appreciated Governor Nasir El-Rufai for the infrastructural development of the state, pointing out that he was satisfied to know that the Governor has an experienced person to take over from him who is Uba Sani, the governorship candidate of the party in the state.

“All those troublemakers, those kidnappers, killers who are troubling the security of Kaduna and Northern Nigeria, I assure you, we will eliminate them.

“El-Rufai has put down legacy in Kaduna State and he has boosted the internally generated revenue. But a leader without a good successor is not a good leader,” he said.

“Uba Sani a young, energetic and honest man, and should be become the next governor of Kaduna State.

“You should vote all candidates of APC, for any elective positions,” he added.

Speaking earlier, the national chairman of the Party, Abdullahi Adamu, expressed appreciation to the people of the State for turning out to receive their presidential candidate.

Among the dignitaries in attendance at the rally were Governors Nasir El-Rufai of Kaduna State, Abubakar Badaru of Jigawa, Atiku Bagudu of Kebbi, Simon Lalong of Plateau, Aminu Masari of Katsina, and Bello Mohammed Mattawalle of Zamfara states.