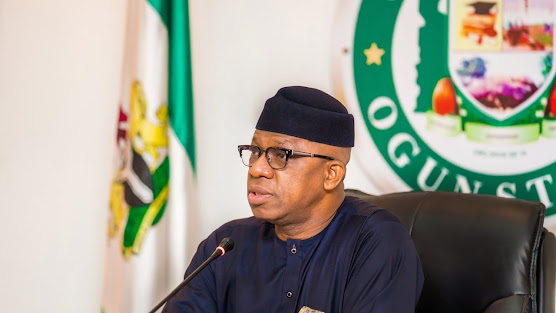 The Ogun State governor, Dapo Abiodun, has mourned the death of the Nigerian Ambassador to the Kingdom of Spain, Ademola Seriki.

Seriki, a former Minister of State for Defence and a chieftain of the ruling All Progressives Congress (APC) in Lagos State, died in the early hours of Thursday at the age of 63.

Abiodun in a statement by his Chief Press Secretary, Kunle Somorin, on Friday, expressed grief over the death of the diplomat, whom he described as an astute politician and consummate administrator.

He said that as an ambassador of Nigeria to Spain, the deceased worked tirelessly for symbiotic bilateral relationships with the European nation.

Abiodun added that the late Seriki would be remembered for his progressive politics in Lagos State where hailed, in particular, and Nigeria in general.

While commiserating with the immediate family of the late Ambassador, Lagos APC, his friends and associates, the governor equally prayed God should grant them the fortitude to be the irriparable loss.

He further noted that late Seriki would be sorely missed by the APC family, but would continue to live in the memory of the people as a politician with gentle mien, cool and calculated individual.

Abiodun, however, prayed that his soul would respite and continue to live in the bosom of the Lord.