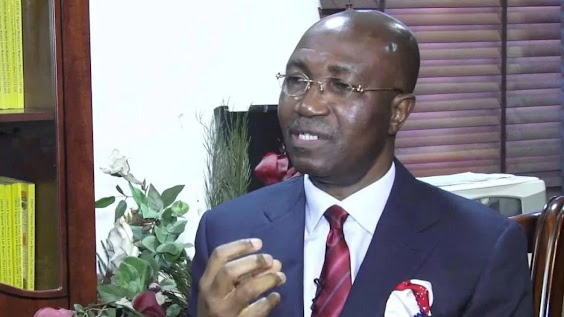 The Body of Benchers in Nigeria has frowned at the use of social media by the Nigerian Bar Association (NBA) to circulate sensitive documents of in-house communication among members of the body.

The body, in a statement on Friday, cleared the air on why the letter by the NBA President, Yakubu Maikyau (SAN), requesting the BOB Chairman, Chief Wole Olanipekun (SAN), not to preside over the last Call to Bar ceremonies during which 4711 new lawyers were admitted into the profession was not debated.

It said the letter was not debated at the body’s December 5 meeting meant to finalise arrangements for the Call to Bar ceremonies because it (the letter) was delivered late at the BOB headquarters in Abuja.

It added that members did not consider the issue when Maikyau raised it because they were not in receipt of the letter and the Chairman, to whom it was directed, was not allowed to respond to the letter before the NBA President brought it up.

In the statement issued by BOB’s Secretary, Mr. Daniel Tela, it was stated that apart from the fact that the NBA’s letter was addressed personally to its Chairman, it was not an item on the agenda of the meeting, which had been scheduled since November 14.

It added that the letter had been published on social media before it was received at the BOB headquarters at exactly 9:32 am on December 5, the day of the meeting; hence, it was not ripe for discussion.

The statement reads in part: “It is on record that the media (print and social media) has been agog with the reports regarding the call by the Nigerian Bar Association (NBA) for the Chairman of the Body of Benchers, Chief Wole Olanipekun (SAN) not to preside over the Call to Bar ceremonies.

“This widely circulated call has saturated the media space from Sunday, 4th December, 2022 till now.
“At the meeting of the Body of Benchers held on Monday, 5th December, 2022, which notice was given on 14th November, 2022, the sole item for discussion was the consideration of the report of the screening committee of the Body, preparatory to the Call to Bar ceremonies.

“The report was duly considered and approved.

“Under the AOB, the President of the Nigerian Bar Association informed members that he had written a letter to the Chairman of the Body to which the Chairman stated that although he had not read the letter as it was not yet brought to his attention, he was aware of the fact that it had already been circulated in the media, particularly the social media.

“And despite the fact that the letter was personally addressed to him and not to the Body, he was prepared to waive his rights as he would want it discussed one way or the other in view of the contents of the letter, which centred on his personality and integrity.

“The NBA President then stated that he sent the letter to members’ mails in the evening of Sunday, December 4, 2022, and also made copies of the said letter and brought it to the meeting, but majority of the members responded that they were yet to receive such mails.

“Some members were of the view that the letter was definitely not ripe for consideration, assuming it was meant or addressed to the Body.

“The said letter was received at the Body of Benchers Secretariat at 9:32am on Monday, 5th December, 2022.

“In spite of all the comments and contributions of members, the Chairman still passionately pleaded that the matter be taken, and made reference to a previous letter written in July 2022 on the eve of Call to Bar ceremonies.

“Majority of the members were of the view that the Chairman drop his insistence that the matter be conclusively decided, bearing in mind, several factors including the fact that majority of the members did not receive the email, coupled with the fact that the Call to Bar subject was too important and central to the Body and the content of the letter was not such that could be taken under the AOB.

“Furthermore, the letter was addressed to the Chairman, Body of Benchers, therefore, there is the need for the Chairman’s response to be received for proper consideration.

“It was therefore, resolved that the matter be taken at the emergency meeting of the Body scheduled to take place in January 2023 at a date to be communicated to members.

“Thereafter, the motion for adjournment of the meeting was moved.

“The Body frowned at the use of the social media platform in forwarding sensitive official documents communication.

” I have been directed to issue the above statement following the repeated calls made seeking information on the conduct of the Call to Bar ceremonies and the position of the Body of Benchers on the call by the NBA for the Chairman, Body of Benchers to recuse himself from presiding over the ceremonies.

“To the glory of God, the Call to Bar ceremonies were successful”, the statement said.