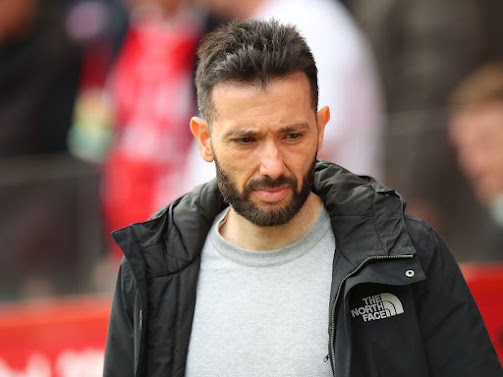 The Nigeria international has struggled to stay fit this season.

The centre-back was sidelined for around three months after sustaining an injury in West Brom’s clash against Wigan Athletic on August 30.

The 29-year-old missed 14 consecutive games in the Championship as a result of the setback.

Ajayi.was back in training during the international break having recovered fully from the injury.

The defender however picked up a shoulder injury in training which forced him to miss last Saturday’s trip to Sunderland.

Corberan on Wednesday provided an update on the big defender ahead of the home game.

“I was thinking of playing with Semi in this position because he was fine from the previous (long-term ankle) injury, but he was involved in one accident in training,” Corberan was quoted by Express & Star.

“He went to the floor and he suffered a problem with his shoulder. We still had doubts the day before the game, but it was impossible for him to have his normal mobility. It’s not an important injury but we need to wait.”