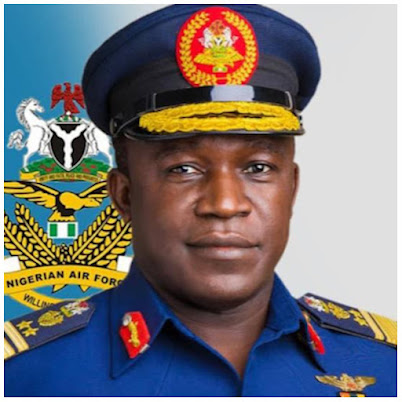 The Chief of the Air Staff, Air Marshal Oladayo Amao has organised a Christmas luncheon for the troops in Kaduna.

The luncheon is part of efforts to encourage gallant officers who have excelled in the fight against terrorism and other criminals in the north.

Air Marshal Oladayo Amao, who was impressed by the gallant display of professionalism by officers and men, noted that the high risk of security threat in the country, coupled with the challenges it posed to the attainment of national development, required a robust security architecture including airpower to rapidly surmount them.

He reminded the gallant officers of Operation Whirls Punch and Bada Mamaki fighting insurgency in Kaduna, Niger and Kogi States as well as the FCT, of their responsibility to defend the nation’s territorial integrity.

The Chief of the Air Staff who was represented by the AOC Air Training Command Kaduna, Air Vice Marshal Nnamdi Ananaba, acknowledged the resilience and patriotism of the troops, just as he charged them to sustain the tempo of the fight until Nigeria’s security challenges are eliminated.

The General Officer Commanding 1 Division Nigerian Army Major General Taoreed Lagbaja promised to maintain the synergy between the army and the air force in the drive to tackle the nation’s insecurity.

The Air Chief also used the occasion to pay tribute to those who lost their lives in the course of defending the nation.