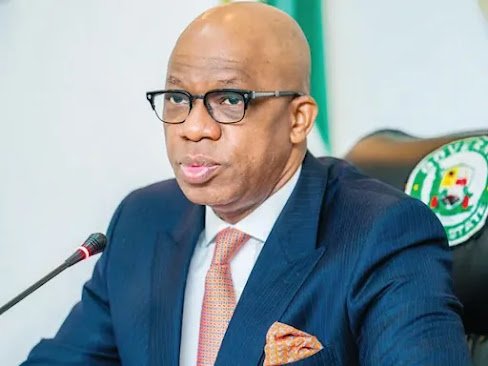 The Dapo Abiodun-led administration in Ogun State has warned the Governing Councils of tertiary institutions owned by the State to stay away from acts that are capable of undermining the solvency of universities, polytechnics and colleges of education placed under their watch.

The Commissioner for Education, Science and Technology in Ogun, Prof Abayomi Arigbabu, said instead of mismanaging funds and other resources, members of the governing councils are expected to to save costs and generate revenues for their respective institutions.

Arigbabu gave the warning at the opening of a two-day workshop held at the Olabisi Onabanjo University (OOU), Ago-Iwoye, Thursday.

The workshop, which was organised by the Oba Sikiru Kayode Adetona Institute for Governance Studies in OOU, was themed: ‘Governing Councils of Higher Educational Institutions: Concept, Roles, Relevance and Expectations.’

In his words, the Awujale and Paramount Ruler of Ijebuland, Oba Adetona, said an effective governing council could improve the fortunes of tertiary education, saying the education sector would play its required role in developing the country if its challenges were addressed.

In his keynote address, the Education Commissioner maintained that governing councils are primarily set up to reposition tertiary institutions, so as to achieve their core mandates.

Arigbabu warned that there should not be conflicts or unhealthy rivalry between governing councils and managements of tertiary institutions if everyone knows his responsibilities, obligations and limitations.

According to him, there would be rapid growth in tertiary institutions when there is synergy between Governing Councils and managements.

“Governing Councils are supposed to be blessings for institutions, not curses,” Arigbabu stated, stressing that the councils should be trouble shooters and not trouble makers.

“Governing bodies are entrusted with funds, both public and private, and they are to observe the highest standards of corporate governance.

“This includes demonstrating integrity and objectivity in the transaction of their business, and wherever possible following a policy of openness and transparency in the dissemination of their decisions,” he advised.

While delivering his goodwill message, the monarch described governing councils as key actors in the governance of tertiary education.

The Awujale expressed concern that higher education in Nigeria is in crises due to series of factors and reasons.

He noted that Ogun is one of the States in Nigeria with the highest number of tertiary institutions, with their own share of the challenges facing tertiary education in the country, saying “thus, this workshop is very timely.”

Speaking earlier, the Vice-Chancellor of OOU, Prof. Ayodeji Agboola, said the workshop was organised to further sensitize participants about their roles as the apex body in the management of tertiary education in the State.

According to him, management of tertiary education in a globalised and ever-changing world is not static but very dynamic, adding that no matter individual’s stock of knowledge, managers of tertiary institutions must always attune themselves to current realities through regular training and retraining.