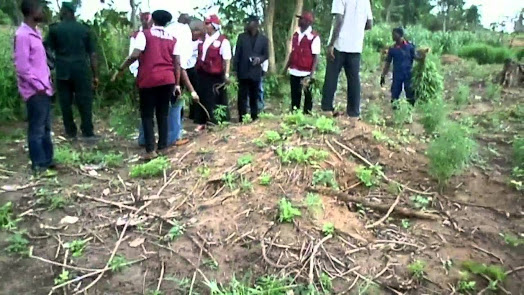 NDLEA Commander in Akwa Ibom, Mrs Obot Bassey, gave the figures in an interview with the News Agency of Nigeria (NAN) on Monday in Uyo.

Bassey said that apart from the 11 convictions secured, several cases were still pending and are undergoing prosecution at different stages in court.

She said that efforts must be prioritised to create awareness of the devastating consequences of drug abuse and illicit trafficking on youths and society, especially during this Yuletide.

“Between September and now, we have seized over 150kg just within the period under discussion, in terms of drugs and psychotropic substances seized.

“We have arrested over 60 suspects and convicted no fewer than 11. Similarly, over 42 drug suspects were counselled while more than 10 others were rehabilitated.

“We are doing a lot of sensitisation, like yesterday, I was with the Christian Association of Nigeria (CAN) sensitising the Church on the dangers of the latest drug in town called Fentanyl. It is an opioid and is supposed to be used for surgery for the relief of severe pains,” Bassey said.