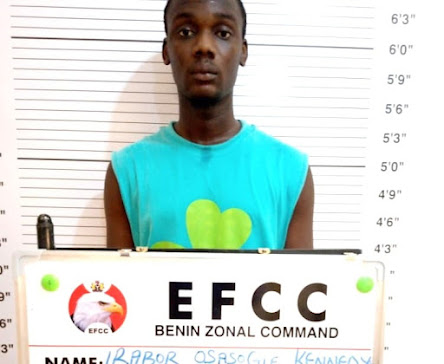 The victim complained to the commission that Osasogie, 21, defrauded her of €17,000.

The petitioner claimed she met him through social media after she was defrauded of €68,000 by one Michael Patrick.

Antje alleged that Osasogie offered to assist her in recovering the money but further defrauded her of €17,000.

A statement by EFCC spokesman, Wilson Uwujaren said upon arrest, the suspect said he only received €12,850.

“The suspect will be charged to court as soon as the investigation is concluded,” Uwujaren added.