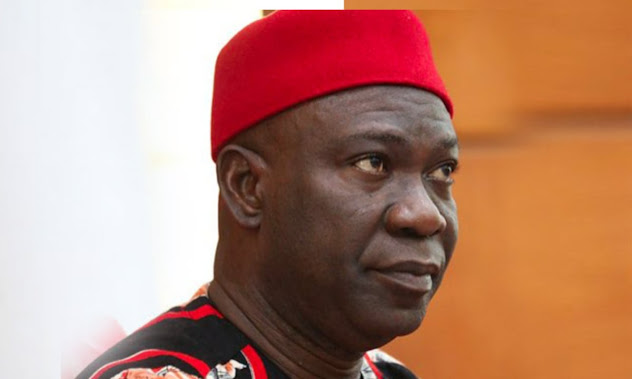 The Central Criminal Court, London, otherwise known as the Old Bailey, has once again denied former Deputy Senate President, Ike Ekweremadu, bail, on the grounds that he is a flight risk.

It was learnt that the court cited the letter and assets forfeiture proceedings against the Senator by the Economic and Financial Crimes Commission, EFCC.

The court gave its verdict at a pre-trial hearing in London, Tuesday.

In the bail application, Ekweremadu’s attorneys had argued that the Nigerian High Commissioner to the United Kingdom and the Attorney-General of the Federal had written the court that Ekweremadu was not a flight risk and gave a guarantee to produce him should he do otherwise.

They also reminded the court that the Nigeria High Commission in the UK had equally given the option of tagging Ekweremadu electronically to monitor his movement.

Also citing other character attestation by other well respected Nigerians and organisations as well as Ekweremadu’s involvement in other global courses that champion humanity and noting that Ekweremadu “is a highly regarded, well known public figure”, his defence equally argued that the lawmaker had shown himself a caring and responsible father and therefore could not possibly escape from London abandoning his wife and sick daughter.

The defence further told the court that they had sureties and securities of nearly half a million pounds sterling from 11 people to secure Ekweremadu’s release on bail.

However, just as during the July 2022 bail application hearing, the prosecution insisted that Ekweremadu was a flight risk, citing once again, the 18th July 2022 letter by the EFCC signed on behalf of the Executive Chairman, Abdulraheed Bawa by the Assistant Director Operations, Abdulkarim Chukkoi.

Although the EFCC had investigated Ekweremadu for many years without charging the lawmaker to court, the anti-graft agency had upon his arrest and a 17th July 2022 enquiry by the London Metropolitan Police, indicted Ekweremadu and vowed to immediately institute assets forfeiture proceedings and criminal processes against him while in custody in London.

The prosecution equally argued that as a holder of the international passports of two other countries, the lawmaker could also escape to any of the other countries other than Nigeria.

Having heard from both sides, the Judge said: “I am entirely satisfied there remains a flight risk,” noting that bail would not make much difference “as the trial is just over a month away.”

Consequently, he said his ruling was, “this bail application is refused.”

The trial of the Ekweremadus will now begin from 31st January, 2023.

Recall that at an earlier hearing in November, the court moved the trial from May to January.

Awomolu accused the EFCC of shielding the fact that the lawmaker was in detention in London, hence not in a position to defend himself and that while it started investigation of Ekweremadu for well over a decade, it only found it auspicious to indict and move against him he had issues in London and was facing trial.

In a statement by its National President, Mazi Okwu Nnabuihe, Ohanaeze youths had accused the EFCC of double standard, persecution, and assets stripping of southern persons and businesses.

Faulting both timing and motive, HURIWA, on its part, held that EFCC’s letter and assets forfeiture lawsuit against Ekweremadu “at a time he was in custody, facing trial in the United Kingdom, and unable to defend himself or properly brief his lawyers was malicious, immoral, in bad faith, and tantamount to a country throwing her citizen under the bus”.

However, the EFCC, through its lawyer, Mr. Sylvanus Tahir (SAN), had however dismissed the allegations, saying it was a mere coincidence as there was no legally stipulated time frame for the EFCC to initiate forfeiture proceedings or criminal charges against a suspect.

Ekweremadu is an opposition leader who has had running battles with the ruling party.