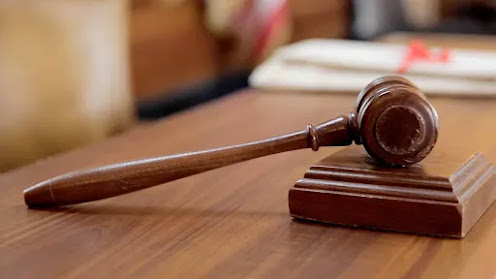 The Federal High Court in Ado-Ekiti has sentenced a woman, Yinka Akinwande, to a four-year jail term, for stealing goods valued at N5,575,540.

“From the evidence of the prosecution, the prosecutor has proven his case concerning Count Two, and the Court finds the defendant guilty, as charged. I hereby sentence the defendant to four years custodial sentence,” Justice Kuewumi ordered.

Saga Gist reports that the two charges read as follows: “Akinwande Yinka between August 2015 and October 2019 in Ado-Ekiti Judicial Division did under false pretence and with intent to defraud, unlawfully obtained goods (Indomie etc) valued about N5,575,540 from one Bolanle Akarakiri, thereby committed an offence punishable under Sections 1(1)(c) and (3) of the Advance Fee Fraud and Other Fraud Related Offences Act,2006.

“Akinwande Yinka was also during the same period, place, in the aforementioned judicial division, did steal goods valued about N5,575,540, from one Bolanle Akarakiri, You thereby committed an offence punishable under Section 390 of the Criminal Code Act,2004.”

The trial judge, who said he put into consideration, the plea for mercy in sentencing, frowned at a situation whereby a staff, or worker, would intentionally try to swindle her employer.

He said the evidence, through Exhibit “J”(1), the confessional statement, presented to the court by the prosecutor through Prosecution Witness 2, and other exhibits revealed that the defendant, misappropriated the said money

The judge, however, discharged and acquitted the defendant of committing fraud under false pretence, as charged in Count One of the two charges.

He averred that evidence before the court revealed that based on the employer/employee relationship between the complainant and the defendant, he could not find evidence of false pretence that could have misled the complainant to release her goods.

Earlier the police prosecutor, Mr Samson Osobu had tendered evidence through two witnesses, the complainant and the Investigating Police Officer, John Olotu, when the defendant was first arraigned.

The defence counsel, Mrs RA. Mohammed during judgment on Wednesday, pleaded with the court to temper justice with mercy, saying her client is a nursing mother, whose four-year-old child needs all the ‘necessary’ attention at the moment.