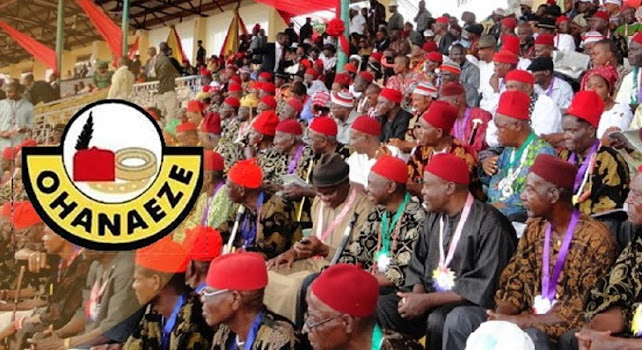 Apex Igbo socio-cultural organisation, Ohanaeze Ndigbo Youth Council Worldwide has asked the General Officer Commanding 82 Division, Nigerian Army and the Enugu State Commissioner of Police to relocate to Eha-Amufu in Enugu State and end the mindless killing of the villagers.

The Igbo group also expressed anger over media reports that the Fulani herdsmen allegedly behind the massacre of scores of indigenes of Eha-Amufu were aided by the people of Benue State.

Saga Gist had reported that in the latest attacks, no fewer than 50 persons were murdered in less than two months, with the latest incident on December 8 claiming 25 natives.

Survivors said that the Fulani herdsmen, who carried out the killing were allegedly aided by their Benue neighbours.

Reacting to the claims, the National President of Ohanaeze Ndigbo Youth Council Worldwide, Mazi Okwu Nnabuike said in a statement on Wednesday that the development was unacceptable.

He said, “it is saddening that the same Benue people who have been major victims of herdsmen attacks are now aiding the same people to slaughter defenceless and innocent Enugu indigenes merely because they want to take over some lands.

“We say that this is unacceptable, disheartening and there must not be a repeat of such carnage. We call on Governor Samuel Ortom of Benue State to call his people to order.

“The Igbo youths are enraged over these allegations and we won’t let it slide. We know Governor Ortom as a defender of his people against these killers and this is why we find it ironic that the same people are now aiding and abetting the killer herdsmen.

“We can’t doubt the media report because the people of Eha-Amufu know their Benue neighbours one-on-one; so, it can’t be said to be a case of mistaken identity.”

Okwu, who also berated the attitude of security agencies towards securing the Eha-Amufu people, said it was strange that such killings had gone on for over two years without a single arrest.

“Are the killers spirits? Are they armed more than the Police and the Army?

“How many more people will die before an end is put to this? We ask that the GOC and the Police Commissioner should relocate to Eha-Amufu; they should do so provided this carnage is brought to an end.

“Enough of this bloodbath; enough of the excuses,” Okwu stated.

Meanwhile, the Chairman of Ado Local Government Executive Council of Benue State, Rt. Hon. Chief James Oche has denied the reports that his people collaborated with the suspected herdsmen who attacked the Eha-Amufu community.

He stated that the people of the LGA have no reason to and could not have collaborated with gunmen or herdsmen to launch an attack on the good people of Enugu State.