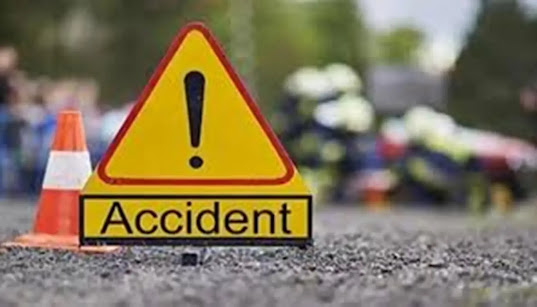 Three men died on Christmas day in a road crash along the Lagos-Ibadan highway.

The fatal crash occurred at about 5:50am on Sunday, one kilometre away from the Kara turning.

The Federal Road Safety Corps (FRSC) said a total of 18 male adults were involved in the accident.

While confirming that “three persons were recorded dead from the crash,” Okpe disclosed that the remaining nine people were unhurt.

A speeding Toyota Haice bus registered as, AYB 88 XP, was reported to hav into an unmarked truck from the rear.

Okpe said that the bus driver made an attempt to overtake the truck, but he was not successful; “rather, he lost control and hit the truck at the rear and the truck did not stop.”

She disclosed that the injured victims were taken to Famobis Hospital, adding that the corpses were deposited at Idera Hospital morgue, Sagamu.

Umar sympathised with the families of the victims and advised motorists to obey simple rules.