May Edochie replies husband, Yul: ‘I won’t be cajoled to accept polygamy’ 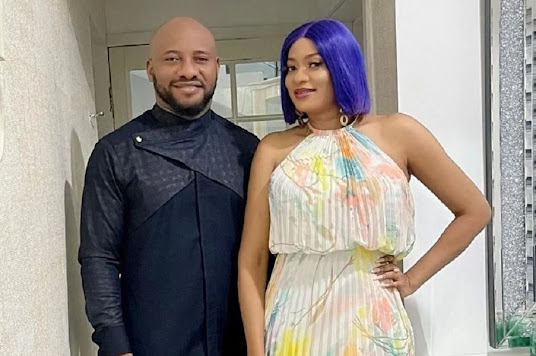 Yul Edochie’s first wife, May Yul Edochie has responded to her husband’s apology, saying she would not be cajoled into accepting polygamy.

May’s letter is coming on the heels of his husband’s letter to her concerning the same issue.

Recall that the famous Nigerian actor had on Wednesday penned an emotional apology letter on his Instagram page to May, asking for forgiveness following his marriage to Judy Augustine as second wife early this year.

In the letter, Yul acknowledged that his action had hurt her and apologized.

He also said his second marriage was not intended to disrespect or replace her, saying he would always love her.

However, in response to her husband on Friday via her Instagram page, she affirmed that she would not be forced into accepting polygamy because it goes contrary to her faith, beliefs and values.

“To reaffirm my stands, I will not be cajoled into accepting polygamy, which goes against my beliefs, faith, and values. I will not be numbered in a home that we started building with love, faith, tears, hopes, and prayers in a catholic marriage of 18 years following a long term premarital relationship,” she wrote.

She also appealed to her husband to stop bringing the issue, which she termed “show”, to social media.

Yul has been facing criticisms and attacks by some Nigerians following his venture into polygamy.