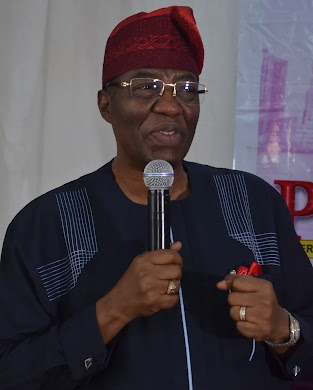 A former Governor of Ogun State, Gbenga Daniel, has told the Federal Government that the State is in need of an aviation school.

For this to become a reality, Daniel asked the Federal Government to take over and convert the Government Technical College, Ilara-Remo to a school of aviation.

Daniel, who is the All Progressives Congress (APC) senatorial candidate for Ogun East, said the technical college in Ilara-Remo would be more appropriate to pioneer the establishment of an aviation school in Ogun, due to its proximity to the cargo airport being completed by Governor Dapo Abiodun in Iperu.

Speaking during his campaign tour to Remo North Local Government, Daniel said he would work towards ensuring that Ogun gets an aviation school if elected senator in 2003.

The former governor told his supporters that he is seeking to go to the National Assembly in order to make indelible impacts, especially to enhance the socio-economic growth of Ogun East.

Daniel promised that he would work towards getting all the link roads in Remo North fixed when elected.

This, he said, would boost food and agricultural productions as well as enhance commercial activities in the rural areas.

With the large size of arable lands in Remo North, the APC candidate promised to sponsor a bill to designate Remo North as an agricultural zone.

He appealed to farmers in the local government to take advantage of its proximity to the agro-cargo airport in nearby Ikenne Local Government, a project he started in 2007 to attract businesses and investments to Ogun.