Qatar 2022: You pretend not to speak English despite 10 years in EPL – Cummings slams Giroud 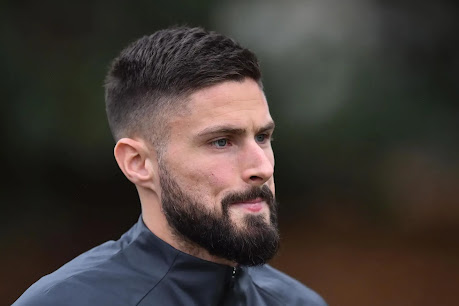 He said the Frenchman acted that way to avoid swapping shirts with him at the World Cup.

France defeated the Socceroos of Australia in the group stage of the World Cup.

But the nations went to the round of 16 where Australia lost to Argentina, who also beat France on penalties in the final.

Cummings had in mind Kylian Mbappe’s shirt as his chief target and when that failed, he went for Giroud’s and was embarrassed by the AC Milan man’s attitude.

The forward told the tale of how Paris Saint-Germain’s Mbappe turned him down and then veteran striker Giroud did the same but in outrageous fashion.

“After the France game, I actually tried to get Mbappe – forget Giroud, I went for the top boy Mbappe – and he told me to meet him in the change rooms,” he said on Channel 10 show, The Project, on Tuesday night.

“So I went to the changing room and the kit man was there and I gave him my top and 10 minutes later he came out with my jersey and said: ‘Nah, absolutely not, (Mbappe) doesn’t want to swap.’

“And he just walked past me, pretending he never spoke English! And he’s been in the Premier League for 10 years! He just walked right past me!”

Oliver Giroud made history at the 2022 World Cup after he overtook Thierry Henry as France’s highest goalscorer ever.

Giroud has 53 goals in his basket for France, followed by Thierry Henry who scored 51 during his active days.