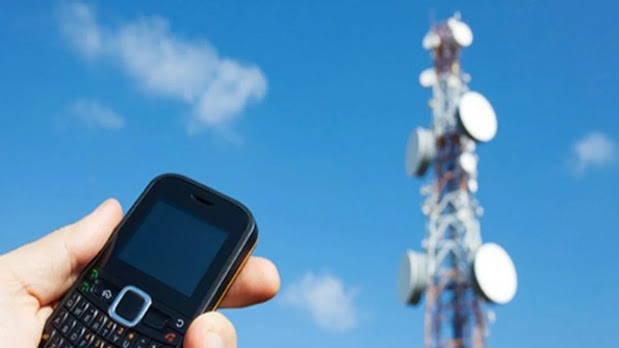 Nigerian telecommunications subscribers have lamented the failure of Mobile Network Operators, MNOs, in Nigeria to compensate them with bonuses and gifts to mark this year’s festive celebration despite massive profits declaration.

It was gathered that MTN Nigeria, Airtel, 9Mobile and Glo did not extend season compliment gifts to the over 212.3 million active users in Nigeria as of the time of filing this report.

Executive Vice Chairman of the Nigerian Communications Commission, NCC, Prof Umar Danbatta announced in early December that active telecom subscribers in Nigeria have grown from 400,000 in 2000 to 212.2 million in 2022.

According to him, the growth represents a teledensity of 111 per cent, while basic internet subscriptions grew from zero to 152.7 million.

Key to what the EVC said was that the sector contributed over $70 billion to Nigeria’s gross domestic product, GDP.

Danbatta, speaking at a stakeholders’ meeting in November 2022, made this disclosure.

In recent data, MTN Nigeria achieved an N269 billion gain in the first nine months of 2022.

Similarly, 9Mobile, Airtel and Glo made gains in the period under review.

But, despite all the reported profits by the Mobile Network Operators, they did not see it necessary to appreciate their customers from whom such a feat has been attained.

In other climes, for instance, in South Africa and Ghana, bonuses in the form of free Short Message Service, SMS, Voice and Internet data are given. However, the situation is different in Africa’s most populous country, Nigeria.

Reacting to the development in an exclusive Chat with DAILY POST on Tuesday, the Executive Secretary of the Association of Telecommunications Companies of Nigeria, ATCON, Mr Ajibola Olude, said the MNOs may still have such plans in the pipeline to reward their customers before this year winds down.

He explained that it would be unreasonable to conclude that the MNOs failed to reward their customers.

He suggested that telecom companies may have a plan to reward customers by the first week of 2023.

He said, “the year has not ended; it will be wrong for anyone to assume that these MNOs are not appreciating their customers. They may plan for it by the end of the year or early 2023.”

The President National Association of Telecoms Subscribers, NATCOMS, Chief Adeolu Ogunbanjo, said that apart from promos, MNOs should improve their quality of service.

“Airtel, MTN and Glo currently run promos that can equate bonuses; however, MNOs should work to improve the quality of services”.

But, Mr Eze Ugochukwu said it is regrettable, adding that such nonchalant attitude can only happen in Nigeria.

“If Nigeria were an advanced country like the USA, appreciating customers at the end of a business year is paramount and taken seriously,” he said.

Another Subscriber, Musa Mohammed, a resident of Abuja, said that based on his observations, most MNOs are not accustomed to rewarding their Customers in Nigeria.

“It is unfortunate, but I expect no reward from Nigerian Mobile Network Operators. They have not been able to give quality services. Is it a bonus they would give?” he stated.

Worldwide, Christmas is the period companies show love to their customers, but obviously, Nigeria is excluded.