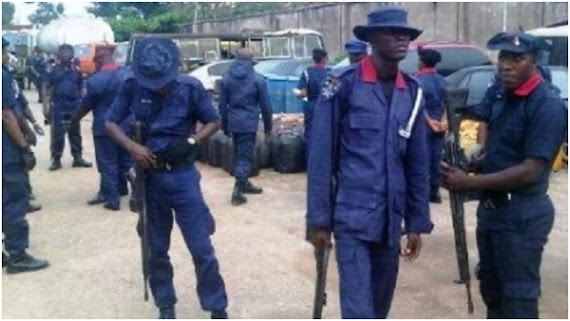 The Zamfara State command of the Nigeria Security and Civil Defence Corps (NSCDC) has warned miscreants and criminals to keep away from the State during the yuletide.

The State Commandant, Mr. Bello Mohammed Mua’zu stated this while addressing newsmen in the command’s headquarters in Gusau, the State capital, shortly after the deployment of operation order for the yuletide season.

The Commandant said that the Corps in the State had deployed over 600 personnel to effectively man every nooks and crannies of the State before, during and after the season.

He reiterated that both personnel on plain cloths and uniform from various units have been effectively galvanized to man the motorparks, recreational centers and other areas of large gatherings, especially churches, with the goal of forestalling any form of security breach.

The Commandant warned mischief makers to relocate from Zamfara as the State is no longer a safe haven for criminals.

He charged the Rapid Response Unit, the Agro Rangers and other special units of the Corps to clamp down on anyone who attempts to breach the peace in this period.