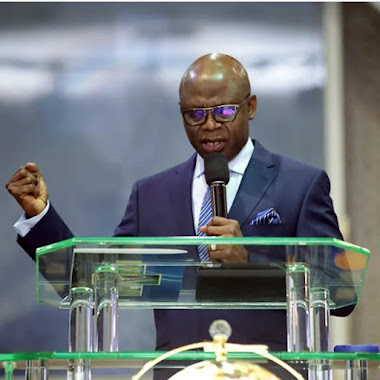 Bakare, who is also the convener of the Save Nigeria Group, SNG, stated this during his State of the Nation address, which also doubled as his New Year message, at the church headquarters in Lagos.

Bakare paid tribute to the nation’s fallen heroes for the supreme sacrifice which they paid to ensure Nigeria’s unity.

He also commended the military officers on the field for their gallantry in the fight against terrorism and other forms of criminality in the country.

The former presidential aspirant of the All Progressives Congress, APC, said that Nigeria is going into the forthcoming elections with issues that are challenging.

According to him, the emergence of the three major presidential candidates from the three major ethnic nationalities in the country speaks volumes of how God will shine His light in the middle of pervading darkness to make a new Nigeria.

“The election is coming 30 years after the aborted June 12 elections and this will serve as a reminder of a generational change of some sort.

“God has come out in His full majesty to re-engineer Nigeria to a new one that people will be proud of once again. The time is up for divisive leaders who are preying on the country,” NAN quoted him.

The cleric, who spoke about the possibility of some politicians attempting to manipulate the forthcoming elections, called on Nigerians to guard against vote buying.

He, however, expressed happiness that none of the presidential candidates has a military background, saying that this was a plus to the nation’s democracy.

Bakare urged Nigerians to cast their votes based on personality rather than on sentiments, adding that the difference between politics and governance was in the delivery of services for the common good.

While praying for the good of Nigeria, he named the forthcoming general elections “Nigeria wins” polls.