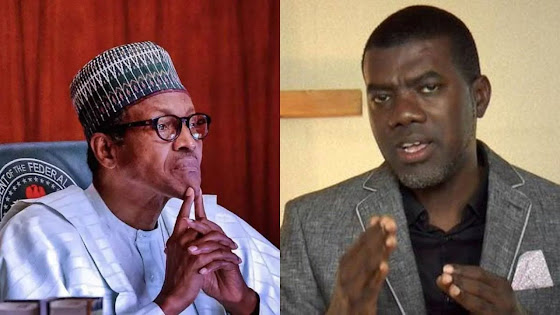 President Muhammadu Buhari has been linked to the inability of the Department of State Services, DSS, to manhandle the Governor of Central Bank of Nigeria, CBN, Godwin Emefiele at the Nnamdi Azikiwe International Airport in Abuja.

Omokri said Buhari should be commended for ensuring the rule of law by preventing the manhandling of Emefiele by DSS operatives.

He wrote: “There was a melee at Nnamdi Azikiwe International Airport today, when DSS officials tried to manhandle CBN Governor Emefiele.

“Though I am an ardent critic of the Buhari regime, I commend the Presidency for intervening and preserving the rule of law. Buhari did well!”

DSS operatives had stormed Emefiele’s office at the CBN Headquarters in Abuja.

Emefiele has been having a running battle between the secret police over alleged terrorism financing.
DSS had earlier sought a court order to arrest Emefiele who has been out of the country for his annual leave.

However, the secret police had denied arresting the CBN governor.