Cristiano Ronaldo: Top 6 footballers who moved to Asia at end of their careers 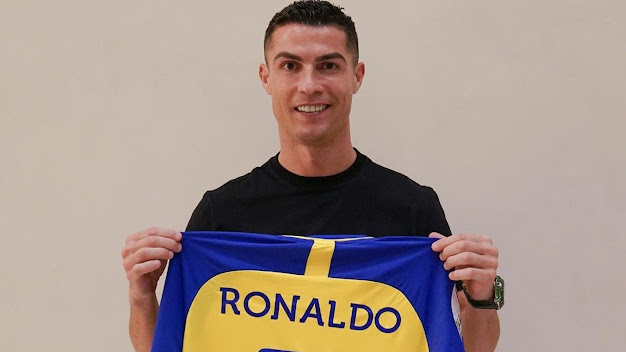 Portugal captain, Cristiano Ronaldo, has now become the latest top Footballer to move to Asia as he approaches the twilight of his glittering career.

The 37-year-old will also earn over £177 million per year during his stint with Al-Nassr.

The former Manchester United forward will be unveiled on Tuesday, 3 January, as an Al-Nassr player.

Saga Gist reports that in recent years, it has become increasingly common for top footballers across Europe to move to Asia as they approach the end of their football careers.

After enjoying successful seasons in Europe, these players make the switch to either experience new challenges, win more trophies or maximize their earning potential, as many Asian clubs offer lucrative wages and long-term contracts to high-profile players who are at the end of their careers.

Here are the top six footballers who played in Asia towards the end of their careers in no particular order.

Ronaldo recently signed with Saudi Arabia side, Al-Nassr club and will be unveiled on Tuesday, 3 January, as their player.

The 37-year-old signed a two-and-a-half-year deal with the Middle East club after his contract with Manchester United was terminated by mutual consent in November.

The Portugal captain, who has played for the likes of Real Madrid and Juventus in the past, will also earn over £177 million per year during his stint with the Saudi Arabia side.

The 2006 FIFA World Cup Player of the Year and Ballon d’Or winner spent only one season at Al Ahli and was forced to retire after suffering a serious knee injury.

The former Italian defender, who is regarded as one of the best centre-backs of all time, spent 19 seasons playing in Europe.

Cannavaro has played for the likes of Juventus, Napoli, Inter Milan and Real Madrid.

Okocha left Bolton Wanderers in 2006 to join Qatar SC on a free transfer and played a season with the Middle East club.

The former Super Eagles captain returned to Championship side Hull City in 2007 after just a season at Qatar SC.

After Hull’s promotion to the Premier League, Okocha was released by the club, which ultimately sent him into retirement.

The four-time African Footballer of the Year spent just one season at the club, scoring six goals and registering one assist in 18 appearances before officially retiring from football.

The Cameroon legend had played for the likes of Barcelona, Inter Milan, and Chelsea, among others when he was at his peak.

5. Andres Iniesta.
Iniesta spent 16 years in Barcelona before leaving Camp Nou for Asia to finish off his illustrious career.

The Spaniard is widely regarded as one of the best midfielders of all time before joining the Japanese club Vissel Kobe in 2018.

The 38-year-old is still active and has scored 26 goals and registered 25 assists in 128 appearances so far for Vissel Kobe.

The 2010 FIFA World Cup winner is also the captain of the Japanese club as well.

6. Xavi Hernandez
Xavi, who is currently the manager of Barcelona, was part of one of the greatest midfield trios of all time. He formed a strong partnership with Andres Iniesta and Sergio Busquets during his playing days.

The Spaniard spent 17 years in Barcelona before leaving in 2015 for Asia.

He was then appointed coach of Al Saad upon his retirement and won seven trophies as their manager before leaving for Barcelona in 2021.