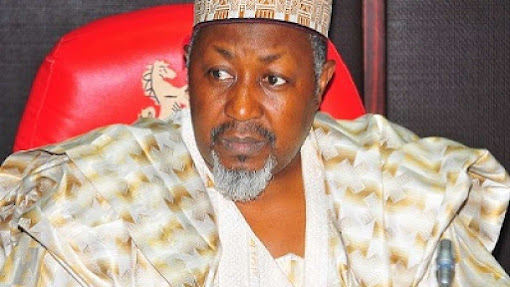 Jigawa State Governor, Muhammad Badaru Abubakar has lambasted a former Deputy Governor of the State, Ahmed Mahmoud Gumel over his comments on the All Progressives Congress, APC, after dumping the party.

Saga Gist reported that the former Deputy Governor had said that his stay in the APC was full of pains and agony.

He said the APC administration had failed to meet the yearning and aspirations of the common man and observed that the party is not ready to win the coming 2023 general election.

But reacting to the statement, Governor Badaru said they had prayed for God to expose those who were sabotaging the APC.

“May Almighty Allah continue to expose the untruthful, deceitful, ungrateful, those who used to tell and swear on lies and propaganda.

“That man who was saying we are not ready to win is the one who is not sincere, that is why he jumped to another party,” Badaru said.