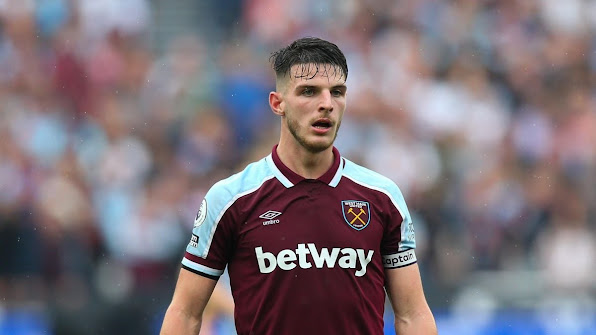 West Ham midfielder, Declan Rice, is favouring a move to Arsenal ahead of Chelsea, according to the UK Guardian.

The Blues have been eyeing the England international for a long time.

However, they now face competition from Arsenal, as Mikel Arteta has made Rice one of his top targets ahead of the summer.

West Ham are expected to sell Rice at the end of the season, with the 24-year-old keen to play in the Champions League.

Chelsea have been favourites to sign Rice, but he is “leaning” more towards moving to the Emirates due to the prospect of playing under Mikel Arteta.

Arteta is said to be a “huge fan” of the player and has already made plans regarding where the midfielder would fit in his system at Arsenal.