EPL: I don’t care what Guardiola is thinking for Manchester derby – Ten Hag 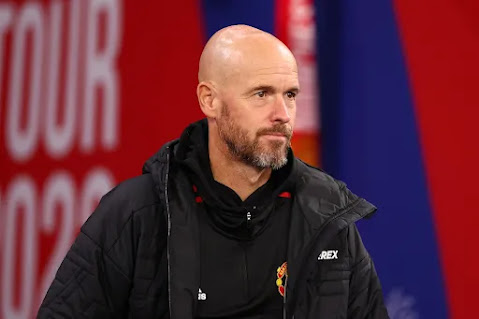 Guardiola had suggested he had a “ridiculous” idea about how to win the game.

The City boss has since claimed it was a joke.

But ahead of the clash at Old Trafford on Saturday, Ten Hag has insisted he is ready for any surprises.

“I don’t care about what he is thinking.

“He did it more often and we are prepared for that, if he does different things. We have our principles, our rules of football,” Ten Hag told reporters on Friday.

City thrashed United 6-3 in the reverse fixture, with Erling Haaland and Phil Foden both scoring hat-tricks.