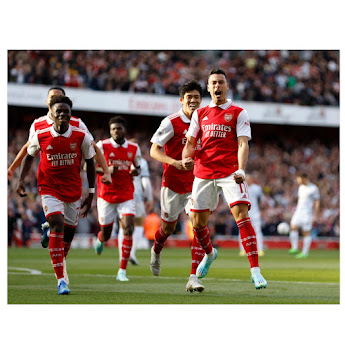 Former Manchester United left-back, Patrice Evra, has warned the current squad to be wary about Arsenal’s attacking threat down the right flank.

The Gunners welcome United for a top-of-the-table clash on Sunday.

Arsenal are eight points clear of Manchester City in second place and boast the same lead over United in third.

Mikel Arteta’s men will be looking to exact revenge for their 3-1 defeat in the reverse fixture.

And Evra believes they will need to find an answer to Benjamin White’s and Bukayo Saka’s attacking partnership.

“The White and Saka combination is unbelievable.

“Saka makes all those runs inside and I hope that United’s left back, [Tyrell] Malacia is aware of that because I used to do that job and those inside runs are really dangerous,” Evra told BetFair.