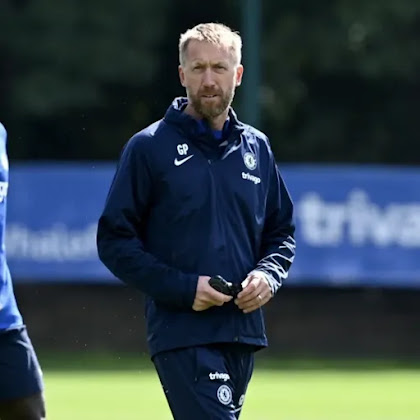 Graham Potter has said that he will not waste his time thinking about the negativity and criticism he gets from Chelsea’s supporters.

The Englishman is optimistic he can win them over later despite them chanting for the return of Thomas Tuchel during their latest thrashing in the hands of Manchester City.

He said what is more important for him at the moment is the next game, insisting he understands the fans’ frustration over the club’s run of poor results.

Chelsea were thrashed by City 4-0 at the Etihad on Sunday, courtesy of goals from Riyad Mahrez, Julian Alvarez and Phil Foden.

And the away fans chanted the name Tuchel who was surprisingly sacked by the Blues’ new owners back in September 2022.

The chants were impossible for the manager and his team to ignore and the former Brighton boss addressed the matter in his post-match press conference, saying: “We can’t do anything but do our jobs better and work harder.

‘We understand the supporters’ frustration. There are always other opinions, criticism and negativity, but that’s part of the challenge.

“That’s clear. We have to focus on the next day, the next match.”