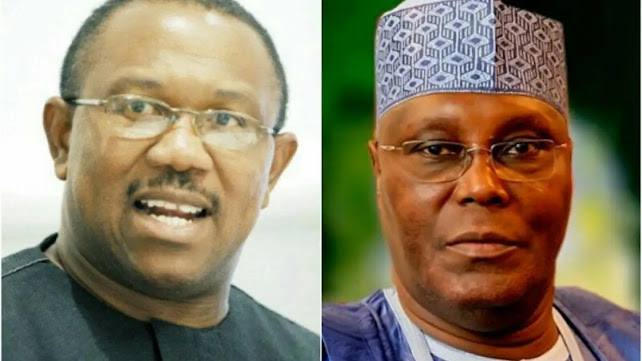 The candidate of the Peoples Democratic Party, Atiku Abubakar has proposed to continue the controversial conditional cash transfer, a review of manifestos of the candidates has revealed.

It would be recalled that the current administration has been criticized for sharing money, particularly Trader Moni. Several opposition parties slammed Vice President Yemi Osinbajo for visiting markets ahead of the 2019 election.

The PDP described the policy as “vote buying”, however, Atiku, in his manifesto, says he will expand the current intervention of this administration and institutionalize it.

He promised to expand the CCT and school feeding programme.

“Gradually expand the Social Protection Spending currently estimated at approximately 3.1% of GDP to 7% by 2027,” the manifesto reads in part”.

It would also be recalled that last year, Atiku accused the APC of using the scheme to promote themselves.

“We have a number of institutions where such funding can be channelled so that it is institutionalised, instead of personalising it and also using it for political purposes because currently, MarketMoni and TraderMoni have become political tools to promote political interests of a particular political party,” he said.

If Atiku wins, vulnerable and poor people may continue to get the funds.

Another presidential candidate seeking to continue Buhari’s legacy is Peter Obi of the Labour Party.

Obi’s plan on electricity, particularly in the area of transmission promises to complete the $2.3 billion Siemens deal.

Mr Obi has faced criticism for copying the plan of the current administration on the Siemens deal because of a comment he made on the project.

It would be recalled that Obi had in 2022, after a visit to Egypt, said he inquired about the Siemens deal.

“They (siemens) told me they have been having meetings with the Nigerian government for the past three years. Every time they come; it is a meeting. And they come and go.”

Despite the criticism, Mr. Obi has outlined the completion of the deal as the central pivot of his power plan.