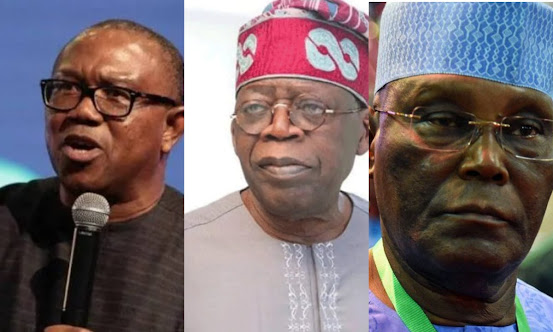 The Labour Party presidential candidate, Peter Obi, has vowed to retire his counterparts from the All Progressives Congress, APC, Bola Tinubu and Atiku Abubakar of the Peoples Democratic Party, PDP, if elected president.

Speaking in Asaba, Delta State, on Monday, Obi said he would retire Tinubu and Atiku and pay them compensation if elected president.

He stressed that the age differences of his counterparts would lead to their retirement if elected president.

Obi said it is the turn of the youths to rule Nigeria and retire old politicians who have been at the helm of the country’s affairs.

According to Obi: “If you put my age and Datti’s age and divide it into two, we are in our fifties.

“The other people, if you put their own, they are in their seventies. You know that there is a retirement age.