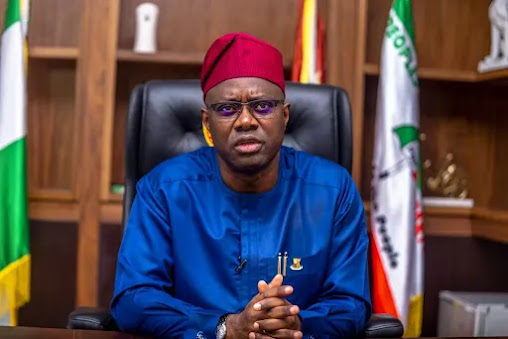 The All Progressives Congress (APC) in Oyo said Governor Seyi Makinde and the Peoples Democratic Party (PDP) will be defeated in March.

A statement on Tuesday by Publicity Secretary, Olawale Sadare accused the PDP of spreading unsubstantiated claims.

The spokesperson said a purported APC chieftain Bashir Adeola, who attacked the party in favour of the PDP, is non-existent.

Sadare declared the name fictitious and that it was formed to attack the APC due to its political fireworks in recent months.

“We have painstakingly checked our party membership register and found no member by the name Bashiru Adeola.

“We wonder where the PDP media got the ghost to speak with them as a chieftain of Oyo APC,” he said.

Sadare said no amount of “sponsored fake news” would stop Makinde and the PDP from imminent sack in the general elections.

The APC noted that the ruling party is jittery as it keeps losing its members and supporters to the opposition.

“A governor who neither does well with governance nor runs an all-inclusive government cannot have the trust of serious politicians and voters,” Sadare added.