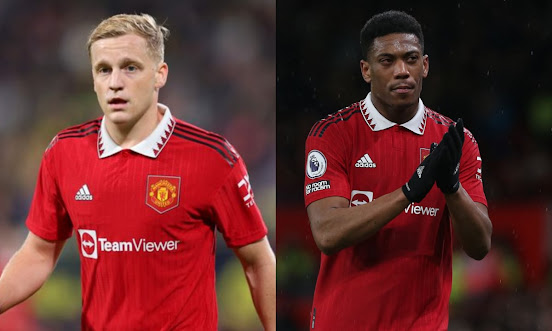 Scanning technicians were at the Manchester United training ground on Wednesday to assess the fitness of two players – Donny van de Beek and Anthony Martial.

Man United has injury doubts over the duo as both went down the tunnel after coming off against Bournemouth.

Donny van de Beek came under a challenge by Marcos Senesiwas and was forced off at the end of the first half on Tuesday night.

The playmaker walked off but was in immense pain, and the United manager admitted the injury was “a concern”.

Martial on his part headed straight down the tunnel, after coming off in the 69th minute.

“Yes, I think so. You have seen he got a knock, but he continued the game, and then he came off,” Ten Hag said.